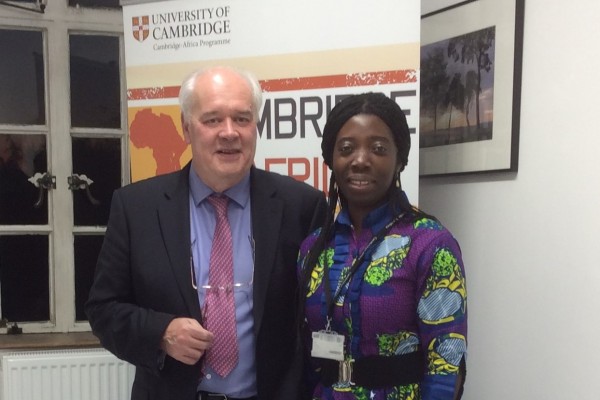 The Cambridge-Africa Programme emerged as a bottom up initiative from a number of individual, mutually-beneficial, long-term, collaborations between Cambridge and African researchers. Professor David Dunne, a parasitologist in the Department of Pathology, was the founding Director of Cambridge-Africa and served in this post from 2008 until his retirement in 2018. His inspiration for establishing Cambridge-Africa stemmed from his own collaborative research on neglected tropical diseases across Africa in long-term partnerships with many highly talented African colleagues. “They were brilliant researchers, but had neither the facilities nor resources they needed and deserved to effectively identify and deal with Africa’s challenges and make Africa’s unique contribution to the sum of global knowledge. Even the best African universities had a shortage of the well-resourced, internationally competitive, academics required to mentor the huge numbers of talented, next generation, young researchers that Africa will need to maintain and accelerate its economic progress and future well-being.” He realized that leading research-intensive universities like Cambridge were rich in exactly these resources and expertise and, therefore, could, and should, help African colleagues and institutions bridge this short and medium term mentorship gap. Cambridge-Africa was the result.

He was joined by Dr Pauline Essah in 2009, who began working as a coordinator for a scheme that linked established health researchers in Cambridge with PhD and postdoctoral level mentees in East Africa. Pauline was keen to expand the programme’s geographical and research scope. Drawing on her own personal experience as an African scholar (MPhil and PhD in Biological Science) and post-doctoral researcher in Cambridge, she wanted to not only facilitate Cambridge support for African researchers, but demonstrate that Cambridge would also gain enormously from engaging with African academia. Within a few years and with support from many colleagues in Cambridge as well as African universities and research institutes, the programme grew to encompass all subject areas — from archaeology to zoology - and span all of sub-Saharan Africa.

In just 10 years, Cambridge-Africa could celebrate:

Thank you to David and Pauline and their many fantastic colleagues who made these achievements possible.

And see Pauline’s profile on ‘This Cambridge Life’ series.