About the Cambridge-Africa ALBORADA Research Fund

The Cambridge-Africa ALBORADA Research Fund aims to catalyse new and strengthen existing collaborations between researchers in Africa and Cambridge and support high quality training activities. Awards are made to pairs of researchers, one from a sub-Saharan African university or research institution and one from the University of Cambridge or allied research institutes (including Sanger Institute, NIAB and Babraham Institute). We encourage applications across all academic subject areas.

The fund was established in 2012, with a generous £1million donation from The ALBORADA Trust, a UK charity, to the Cambridge-Africa Programme. This was followed by a further £4million donation for the period 2016-2026 to support further engagement between Cambridge and Africa (see https://www.cam.ac.uk/news/cambridge-engagement-with-africa-will-expand-following-major-gift).

A short film highlighting a few funded projects can be viewed here.

To date, more than 240 awards have been made, to enable Cambridge researchers to engage with African colleagues from 31 African countries (see map below).

Some awardees have been able to use the preliminary results from their seed fund / research collaboration to apply for and win significant funding (e.g. Royal Society/Leverhulme Awards, FLAIR fellowships, Global Challenges Research Fund, etc.).

Any enquiries about the Cambridge-Africa ALBORADA Research Fund can be directed to alboradafund@cambridge-africa.cam.ac.uk.  See Terms & Conditions here. 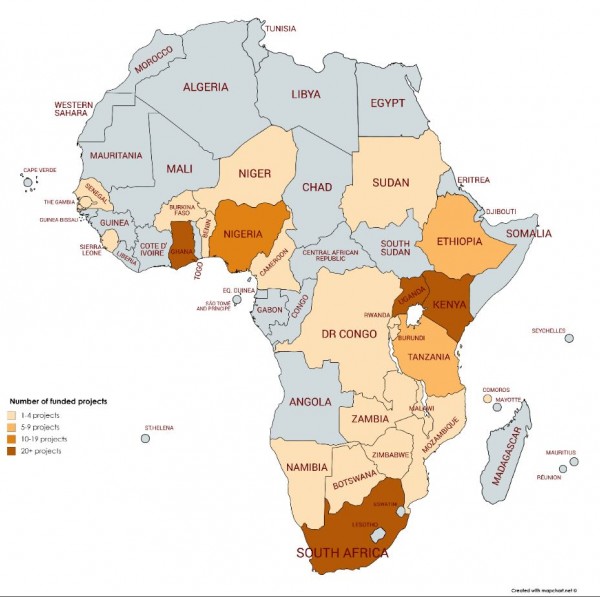