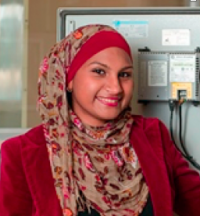 Taskeen is a South African who wishes to dedicate her life to creating a social change; striving for a world without famine and poverty, a world of justice and equality and a world with good education for all. She studied for a BSc Honours Degree in Electrical Engineering at the University of Witwatersrand and was the Chairperson of the School Council of Electrical Engineers and Vice-President of Muslim Students’ Association of South Africa. Taskeen pioneered an initiative called ‘Solar Powered Learning’, which essentially allows learners in rural communities to have access to technology in a low cost and environmentally friendly way. Additionally, Taskeen was part of the executive of Engineers Without Borders South Africa, which focuses on Human Centred Design. Taskeen was chosen as one of the Mail and Guardian Top 200 Young South Africans for 2014, for her contributions to civil society. She completed her MPhil in Engineering for Sustainable Development at the University of Cambridge in 2015, focusing on Educational Technologies in Rwanda. She is now studying for a PhD in Cambridge, and in March 2016, was selected to participate in the 'New African Woman Forum' in London, which brings together African leaders from business, academia and civil society, as well as key decision makers from the public and private sectors. Their aim is to find innovative solutions and strategies to enable a sustainable transformative growth in Africa.

Taskeen completed her PhD in 2020 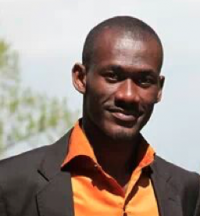 I am a Ghanaian from Kumasi in the Ashanti Region. Growing up, I have always had interest in urban issues and a strong passion for contributing to the creation of sustainable and liveable places. This informed my successful pursuit of a BSc in Human Settlement Planning at the Kwame Nkrumah University of Science and Technology (KNUST, 2007 to 2011) and a subsequent MPhil in Planning, Growth and Regeneration at the University of Cambridge in 2012/2013. My ongoing doctoral research seeks to explore the integration of Agent-Based Modeling with Cellular Automata for unravelling complex biophysical, socio-economic and cultural processes beneath the spatial growth of cities, thereby enabling the modeling and forecasting of future urban forms and their associated environmental impacts.

I was awarded Cambridge Commonwealth Scholarship in 2012 and Cambridge Africa Scholarship in 2015, to enable me to pursue my studies at the University of Cambridge. I have contributed to the formulation of several spatial plans in Ghana, including a National Spatial Development Framework (SDF) and a sub-national SDF for the Northern Savannah Ecological Zone. I aspire to expand my contribution towards sustainable spatial growth to other parts of Africa, and the globe at large. I have interest in writing, reading, debating, visiting new places and watching football.

Doctoral Research Project: Modeling and Simulating Urban Growth and Its Environmental Impacts: An Integration of Agents-Based Modeling with Cellular Automata

Felix completed his PhD in 2019 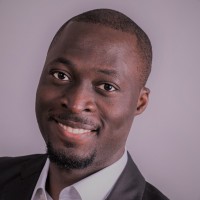 Olamide is a doctoral researcher at Cambridge Institute for Manufacturing. His interest is in the application of industrial sustainability principles in fostering socio-economic development of sub-Saharan Africa. Olamide is an alumnus of both Cranfield University and of the University of Lagos in Nigeria, where he received a number of scholarly and leadership awards, including for Best Graduating Student. Recently, he has worked on sustainability-related consultancy projects across retail, construction, and luxury fashion industries; as well as for local charity groups. He has a background in mechanical engineering, and is a profound lover of good music.

As one of the first beneficiaries of the Cambridge Africa scholarships, Olamide is inspired to maintain firm commitment towards African development. At present, he is involved with mentoring talented young individuals in some West-African communities, as they advance in their drive for academic and professional excellence.

Olamide completed his PhD in 2019, read about his experience here 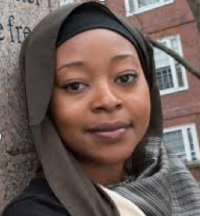 Halimatou Hima from Niger was the first president of the Youth Parliament in her country, during which time she engaged various stakeholders for national campaigns for girls' education. She developed a keen interest in community development and a commitment to inspiring women to become leaders. Halimatou went on to obtain an International Baccalaureate at the United World College (New Mexico, USA). She then moved on to Wellesley College (Massachusetts, USA), where she obtained a BA Degree in International Relations/Economics and Africana Studies. During her time at Wellesley College, Halimatou became a founding member of the Harambe Entrepreneur Alliance, which supports young African professionals to launch social and business ventures worldwide. She is also a Moremi Fellow (for promoting Women's Leadership in Africa), and was on the list of ‘Africa’s 25 top emerging women leaders under 25, for their commitment to service’ in 2011. Halimatou also holds a Masters in Public Policy from the John F. Kennedy School of Government at Harvard University. She received the Harvard Kennedy School 2014 Barbara Jordan Award for Women’s Leadership. Upon graduating, she joined the World Bank’s President Science of Delivery, which seeks to explore what works (or doesn’t) and why, in a given context.

Halimatou has worked extensively in Niger on child marriage, girls’ education and youth participation with UNICEF and the government of Niger. She independently spearheaded microenterprise programs with women, many of whom significantly increased their weekly incomes. Halimatou is the first student from francophone Africa to be awarded a Cambridge-Africa scholarship. At the University of Cambridge, she is pursuing a PhD in Development Studies. Her research looks into the emergence of outliers in rural areas, particularly among young women – studying individuals to capture trends and patterns that may explain how and why some succeed in furthering their education while others do not. She is interested in the intersection of research and public policy, with the hope to meaningfully contribute to improving the lives of the most impoverished, particularly women in rural areas.

Since arriving in Cambridge, Halimatou has been actively involved in organising Africa-related events, including talks and debates focused on the most salient issues pertaining to the African continent. She was the  President of the African Society of Cambridge University (ASCU) from 2015-16 and chair of the 2016 Africa Together conference which takes place annually. She is also a Next Einstein Forum Ambassador for Niger  (2017-19) and will be organising the first science week in Niger in December 2018.

PhD Research Project: what factors explain the rise of outliers (positive deviants) in rural areas - with a focus on Niger.

Halima completed her PhD in 2020 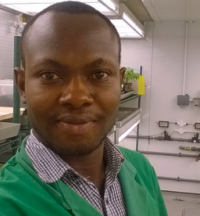 Hello! I’m Ebenezer, a happy Cambridge-Africa Scholar. Being here in Cambridge University has been very fulfilling! I’m in the Molecular Plant Pathology and Plant Virology research group in the Department of Plant Sciences and working on the Role of Cyanogenesis in Plant Host - Insect Vector Interactions. Yes, cyanogenesis means making of cyanide gas, that awful dreaded toxic gas. Some plants can produce it too and literally use it as a weapon of mass destruction when threatened. Specifically, I’m using the model plant Arabidopsis thaliana (Arabidopsis) as the host plant and the virus vector Myzus persicae (Green peach aphid) as the insect to test my hypothesis in a Cucumber mosaic virus (CMV) pathosystem.

Prior to 2015, plant scientists generally believed that plants in the Brassicaceae family, the plant family of which Arabidopsis belongs, do not produce cyanogenic compounds at all. However, in 2015, researchers at Stanford University proved that we’ve been very wrong all this while. They reported in a Nature Journal that, not only does Arabidopsis produce a cyanogenic compound but it does produce a potent form of the compound with a very novel functional group uncommon among cyanogenic plants. So, here in Cambridge University, I have the proud privilege to investigate the possible role the newly discovered Arabidopsis cyanogenic compound could play in plant-vector-pathogen interactions. We’ve obtained GABI-KAT T-DNA and Salk T-DNA insertion mutant lines to test our hypothesis. Currently, I’ve created quite a number of double mutants to further test the hypothesis and it’s so fascinating to create something which didn’t exist naturally before. I’m certain that this research has an incredible future and we’re probably just on the brink of discovering a whole new world of how plants employ cyanogenesis in self-defence. I’m always grateful to God for strength and to my wonderful supervisor and lab colleagues for their enormous support. I wouldn’t have been here fascinated by plant cyanogensis if Cambridge-Africa and Cambridge Trust haven’t been so generous to me financially. Thank you, Cambridge-Africa and Cambridge Trust.

Ebenezer completed his PhD in 2019