Cambridge-Africa Scholarships are awarded to outstanding applicants from sub-Saharan Africa to pursue full-time postgraduate degrees in any subject available at the University of Cambridge. These scholarships (five a year for five years) are funded by the University of Cambridge and the Cambridge Trust. Read about the fourth cohort of scholars for the 2018-19 academic year, below. 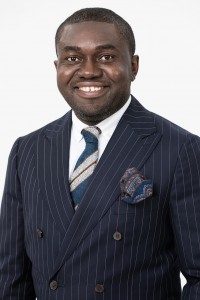 Mawuse Oliver Barker-Vormawor (Oliver, a Ghanaian) is a governance advisor with significant law and policy expertise in various African countries, in the United States and within the United Nation’s System. He has been frequently engaged to interface with private businesses, legislators, governmental ministries, agencies and departments in several countries, and in various capacities including in the law and policymaking process or to obtain regulatory or governmental approvals required for various international transactions. Oliver also has significant consulting experience with various international and multilateral institutions such as the World Bank, UNDP, DFID, OSIWA, ClientEarth etc.

Prior to commencing his doctoral programme at the University of Cambridge, Oliver held various roles in the Private Sector, in Government, and with the United Nations. Oliver has worked as a Diplomat in the Foreign Service of Ghana, Senior Legal and Policy Officer at the Office of the President in Ghana, Judicial Fellow to the Vice President of the International Court of Justice, Legal Officer at the United Nations Headquarters in New York USA, and as Global Law and Policy Advisor at the headquarters of the international law firm Covington & Burling LLP in Washington DC, USA. Between January 2010 to December 2011, Oliver was also engaged as a Constitutional Researcher and the Access to Justice Advisor to Ghana’s Constitution Review Commission, which was appointed by the President of Ghana on the advice of the country’s Attorney General to assess the strengths and weaknesses of Ghana’s 1992 Constitution and to make recommendations for a possible amendments to the Constitution. Oliver’s illustrious services to the Commission saw him awarded by the Commission for his “Extra-Ordinary Services as Researcher to the Constitution Review Commission”.

At the University of Cambridge, Oliver’s doctoral project will contribute to ongoing academic projects concerned with revising and strengthening global governance norms in order to enhance shared global prosperity as well as to bolster the contribution of developing countries to global governance. Specifically, Oliver’s research project seeks to deconstruct the “dispositionist” biases of international law in order to articulate a case for the reform of International law and policy and to explore ways in which developing countries can achieve and maintain a competitive edge in global governance frameworks. 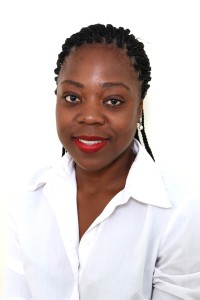 Chilombo (a Zambian) is interested in creating sustainable living spaces in urban centres, especially for underserved and overlooked communities. A lecturer and researcher, she has worked on access to land, land policy making and the interaction of globalising forces and their impact on land and housing accessibility. Chilombo is also interested in the contestation of power amongst policy makers, the role of international organisations in driving policy making processes, and local communities’ involvement in decision making. She has worked as a Research Fellow at the Economic Commission for Africa, where she served as a focal person for the Land Policy Initiative (African Land Policy Centre) and worked with local and international players in land policy making processes. Chilombo has participated in the organisation of international and regional conferences centred on harmonisation of gender statistics, and economic and structural transformation.

Chilombo holds a Master of Philosophy in Development Studies degree from the University of Oxford under the Rhodes Scholarship. She also holds a Bachelor of Science in Real Estate from the Copperbelt University in Zambia. She was Secretary of the 2013 Pan-African Conference at the University of Oxford, bringing together speakers and delegates from around the world to discuss and offer solutions to some challenges facing African countries and to celebrate the victories that Africa continues to enjoy. She currently serves on the TEDxLusaka organising committee, and is always looking for an inspiring African story to share with the world.

As a Cambridge Africa Scholar, Chilombo will focus on informal settlements in Africa, exploring their evolution outside the formal sector and interrogating institutions that organically emerge in informal land and housing markets. 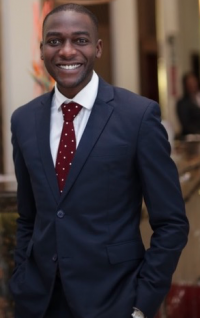 Tonny (a Kenyan) holds a 1st Class MEng Chemical Engineering degree from UCL (2016). He graduated with the top research project in his cohort and was named on the Faculty of Engineering Sciences Dean’s List. He was the recipient of one of two full merit-based scholarships awarded by UCL to students joining the university from Africa that show the most academic promise. In 2014, Tonny was elected President of the UCL Chemical Engineering Ramsay Society, representing about 400 active student members to faculty and industry. Additionally, he was a volunteer with Engineers Without Borders UCL, during which time he completed two water and sanitation projects in underprivileged communities in Kenya, in collaboration with NGOs Haki Water and Muungano Support Trust (MuST).

Following graduation from UCL, Tonny joined the strategy practice of global consultancy Accenture, working primarily with energy and commodities clients. He completed 8 engagements in Europe, the Middle East and North America, covering sustainability strategy, investment evaluation, commodity trading risk management, operating model design, and pricing strategy. In addition, he was appointed the Corporate Citizenship lead for Accenture’s UK Strategy Analysts. Most notably, analysts provided 100+ hours of volunteer support to the Board of Trustees of Kanaama Interactive Community Support (KICS) - a charity that supports vulnerable women and children living below the poverty line in Kashare sub-county, Uganda - during his tenure.

At Cambridge, Tonny will build on his research interests in electrochemical energy conversion. Broadly, his PhD studies will focus on developing tailored electrochemical platforms for harvesting bioelectricity by interfacing microorganisms with electrodes. 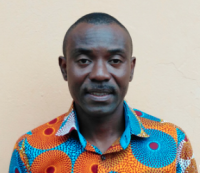 I earned my BA (History Major with minor in the Study of Religions) from the University of Ghana and a Master of Philosophy degree in African Studies from the same institution.

My keen interest in a wide range of security related issues spans over two decades beginning from June 1998, when I earned my BA. From July 1998, I was part of a team at the Institute of African Studies, University of Ghana, that studied traditional security apparatuses in Ghana known as the Asafo companies. The field work (mainly qualitative) and its subsequent findings, revealed how these traditional security apparatuses (including policing) mutated over time and space. The findings also highlighted salient mechanisms of accountability and integrity and how the traditional security sector was governed. The study on Asafo became a catalyst for my interest and focus on security sector reform and governance.

Between 2002 and 2007, I worked with a think tank whose prime focus was on research and training in security sector reform and governance in Africa. Police corruption was a regular topic for discussion at seminars, research and workshops. Soon, I began to appreciate the complex interconnectedness between various actors of the security sector and how, for instance, good policing was a product of many ‘unseen’ variables. I have subsequently worked with other community-based organisations, youth groups as well as national and international organisation in various capacities.

Over the years, I have sought to find ways to improve policing in Ghana. I find in police research, a potentially fruitful avenue to achieve this goal by providing sound research to improve police decisions. I am currently working with Dr. Justice Tankebe on a project similar to Robert Reiner’s study of chief constables in the UK, focused on understanding the role of police commanders in Ghana. The study is the first of its kind in sub-Saharan Africa, and it is hoped the findings would be interesting enough to contribute to the limited literature on senior police officers. My PhD research is focused on understanding police corruption in Ghana as a basis to develop effective counter-corruption interventions.

Department of Politics and International Studies

I (a Cameroonian) studied at the University of Cape Town (UCT), where I obtained an MPhil in Justice and Transformation and a BSocSc in Philosophy and Political Studies. I also had the opportunity to teach there, lecturing ‘Business Ethics’ and ‘The Politics of Africa and the Global South’ in the Departments of Philosophy and Political Studies respectively. More recently, I worked as a researcher in the Human Sciences Research Council’s Human and Social Development research unit. In this role, my research themes revolved around race, inequality and restitution in South Africa. I co-authored Moral Eyes: Youth and justice in Cameroon, Nigeria, Sierra Leone and South Africa, which discusses the purchase of restitution as a conceptual and pragmatic framework for moral education and social justice in these contexts.

I am immensely grateful for this scholarship. As a Cambridge Africa Scholar, my research will engage with the renewed attention that debates on and around the decolonization of knowledge production have received from student movements around the world, especially in the South African higher education landscape. Beyond this, I have an interest in social and moral philosophy broadly conceived. I would not be my authentic and unalienated self if I failed to mention my support for Manchester United, a team I follow with indefatigable enthusiasm despite their changing fortunes.