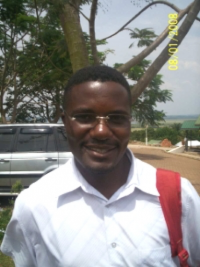 John Kitayimbwa is an assistant lecturer in the Department of Mathematics at Makerere University. He obtained a first in Mathematics and Chemistry and was the best science undergraduate in his year. He has an MSc in Mathematics at the Norwegian University of Science and Technology and an MPhil in Computational Biology at the University of Cambridge. He was awarded an undergraduate scholarship from the Uganda government and scholarships from the Norwegian government, and the Gates Cambridge Trust. For his MPhil he worked on mathematical modeling of the interaction between the host immune system and influenza viruses, and his PhD project involves the in host modeling of the human HIV infections using large comprehensive UVRI databases. His Ugandan co-supervisors are Professor Mugisha at Makerere University and Dr Leigh Anne Shafer at UVRI. 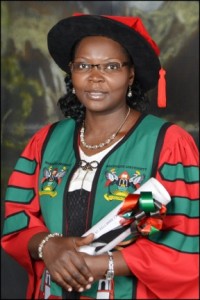 Dr Annettee Nakimuli studied medicine at Makerere University and a Kulika Trust Scholarship enabled her to obtain a Master of Medicine in Obstetrics and Gynaecology as the leading student of her year. She is a lecturer in the Department of Obstetrics and Gynaecology, with research experience from cervical cancer and pre-eclampsia studies, and a clinical trial on induction of labour. For Annettee’s PhD research, she focused on the role of Killer Immunoglobulin-like Receptors (KIR) and trophoblast HLA-C genes in the development of pre-eclampsia - a major cause of maternal death in the Ugandan/African population. This study was supported by a 4-year MUII PhD fellowship, and her molecular genetic studies in Cambridge received supplementary funding from the Cambridge Trophoblast Research Centre. For her postdoctoral research (in collaboration with Professor Ashley Moffett of Cambridge and Professor Alison Elliott of the UVRI and LSHTM), Annettee is researching the common alleles of the KIR 2DL1 gene in case and control studies at Mulago Hospital in Kampala, to determine which ones confer risk of pre-eclampsia to Ugandan women.' Listen to interviews from Dr Annettee Nakimuli and her Cambridge Mentor, Professor Ashley Moffett, recorded for a conference in Cambridge from 2nd - 3rd July 2012, focusing on maternal mortality in Africa.

Dr Robert Tweyongyere’s expertise is in infectious diseases, with a focus on immunology and the host-parasite interactions. He obtained a Bachelor of Veterinary Medicine from Makerere University and an MSc in Animal Health at the Royal Veterinary College, University of London. Dr Tweyongyere’s PhD research at Makerere University investigated the effect of praziquantel treatment of Schistosoma mansoni during pregnancy on anti-schistosome immune responses in pregnant women and their offspring. He was one of the first post-doctoral research fellows of the Wellcome Trust-funded Makerere University/UVRI Infection and Immunity Research Training Programme (MUII). I For his post-doctoral research, Dr Tweyongyere examined immune-regulatory mechanisms in helminth infections. During and since completing his MUII post-doctoral research, Dr Tweyongyere has published his research in various international journals and been promoted to the position of an Associate Professor at Makerere University. He teaches immunology at the College of Veterinary Medicine Animal Resources and Biosecurity, and at the College of Health Sciences. He has won subsequent research grants, including the European Foundation’s Initiative for African Research into NTDs, and funding from the Nuffield Foundation to investigate the role of regulatory T cells. Dr Tweyongyere’s research has also provided insights into the parasite-post interactions and the plausible role of parasitic infections in modulating human immune responses, including responses to immunisation that are likely to open vital pathways in the development of novel vaccines. These achievements have allowed him to take the first steps towards establishing his own research group in Uganda. He is currently also leading the establishment of a biosecurity laboratory for zoonoses and emerging infections, which will be first of its kind in Africa. Dr Tweyongyere still visits Cambridge periodically, as he now collaborates on a research project with Dr Shona Wilson of the Department of Pathology.