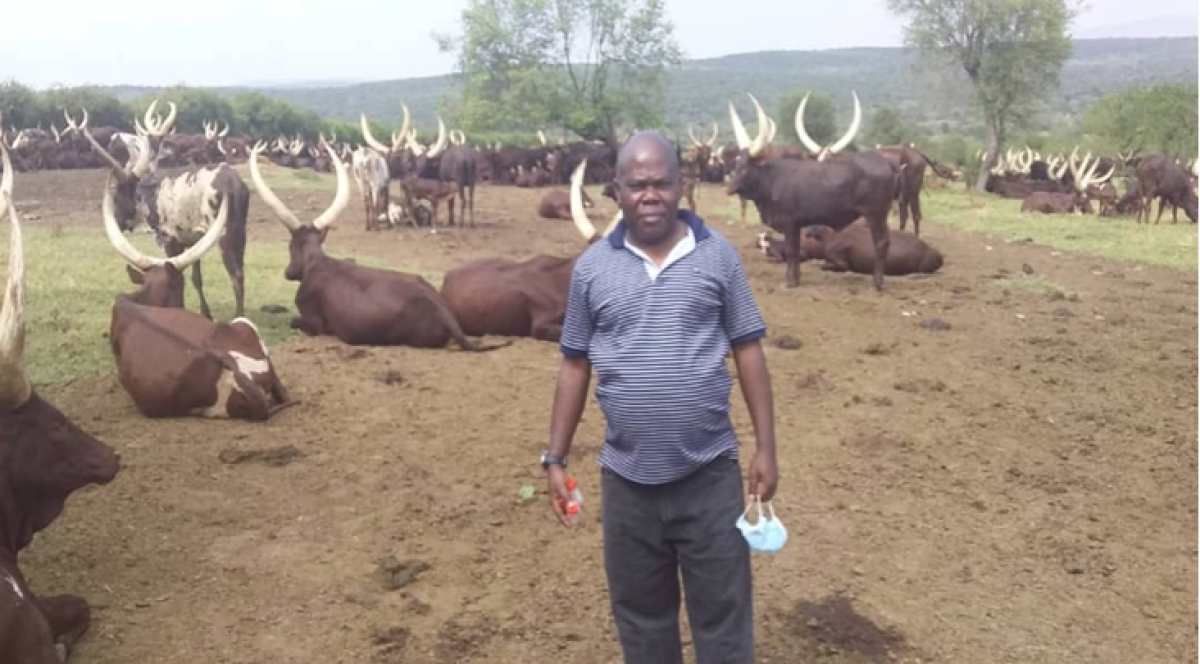 I am a Senior lecturer in the Department of Immunology and Molecular Biology at Makerere University, Uganda, post-doctoral THRiVE fellow.Part of my THRiVE fellowship was undertaken at the University of Cambridge and my visit to Cambridge  resulted in the successful application to the   Cambridge-Africa ALBORADA Research Fund. The purpose of the research was to undertake tick-based surveillance to develop baseline knowledge of the blood-borne viruses circulating in livestock and wildlife along the livestock-wildlife interface in Uganda. The research had three aims: Firstly to identify the tick species found in the national parks and homesteads along the livestock-wildlife interface in Uganda; secondly to identify the hosts upon which ticks are feeding in these regions; and thirdly to survey the spectrum of tick-specific and host-specific viruses present in these ticks.

Tick species known to transmit pathogens are prevalent in Uganda, however very little is known of the viruses residing within them. This collaborative project between Dr Samuel Stubbs (University of Cambridge) and myself, Dr Eddie Wampande (Makerere University), was aimed at characterizing these viral pathogens. My team and I began by collecting four hundred and sixty ticks directly from animals including cattle, goats, pigs and buffaloes along the borders of national parks. Ticks in these regions are of particular interest as they have access to livestock, wildlife and farmers, and are therefore capable of transmitting viruses from wildlife reservoirs into livestock, as well as livestock into humans. I morphologically identified these ticks assisted by trained entomologists at Makerere University. Following this, I performed viral nucleic acid extraction from one hundred and sixty ticks under remote instruction from Dr Stubbs in preparation for transport of the samples to the UK for analysis.

In January 2020, I arrived in the University of Cambridge to analyse  the samples.  Working with Dr Stubbs, I first performed an initial screen for evidence of common viral pathogens including flaviruses, nairoviruses and phleboviruses using conventional PCR-based methods. Following this, Dr Stubbs trained me in the use of the Nanopore MinION sequencing device, using non-specific metagenomic sequencing to search for unknown and previously uncharacterised viruses. The results of this work revealed that the ticks carried a multitude of important viral pathogens, relevant to diseases in both livestock and humans, including, but not limited to Crimean-Congo haemorrhagic fever virus, African horse sickness virus and bluetongue virus. We identified a novel strain belonging to a genotype of Crimean-Congo haemorrhagic fever virus poorly represented in public sequence databases. A manuscript describing these findings has been written up by Dr Stubbs and myself and will be submitted in January 2021. A second manuscript is also planned as a result of this collaborative research project on the virome of ticks at the Ugandan wildlife-livestock interface.

In order to more fully explore the previously uncharacterised virome of Ugandan ticks, we selected 10 pools of ticks to undergo ribosomal RNA depletion followed by high-depth Illumina metagenomic sequencing. Each specimen pool was selected to represent a distinct tick species, region of origin and animal host. The results of this high-depth sequencing revealed a wealth of viruses relevant to both human and animal disease. These included African horse sickness virus in ticks picked from buffalo and bluetongue virus and rotavirus A from ticks picked from cattle. 30 – 60 % of sequences could not be identified. Therefore, further computationally demanding analyses are currently being undertaken by Dr Stubbs and myself (Eddie) in order to search for potentially novel viruses in the sequence dataset.

These new techniques I learnt while in Cambridge have allowed me to return to my laboratory in Uganda with the skillset required to set up a new viral surveillance and sequencing lab, which we plan to employ to continue surveillance of viral pathogens in Ugandan ticks. The benefits of the MinION platform are that it is affordable and low maintenance, which make it an excellent tool for small-scale laboratories in a developing country. Analysis of the data has continued and the results have formed the basis of two major grant applications by Dr Stubbs and myself, in collaboration with senior researchers in USA, London, Cambridge and Uganda.  Further funding opportunities, including post-doctoral fellowships are being explored. I am continuing to collect and archive tick specimens in anticipation of future projects.