Earliest Evidence for animals crawling onto land in Africa 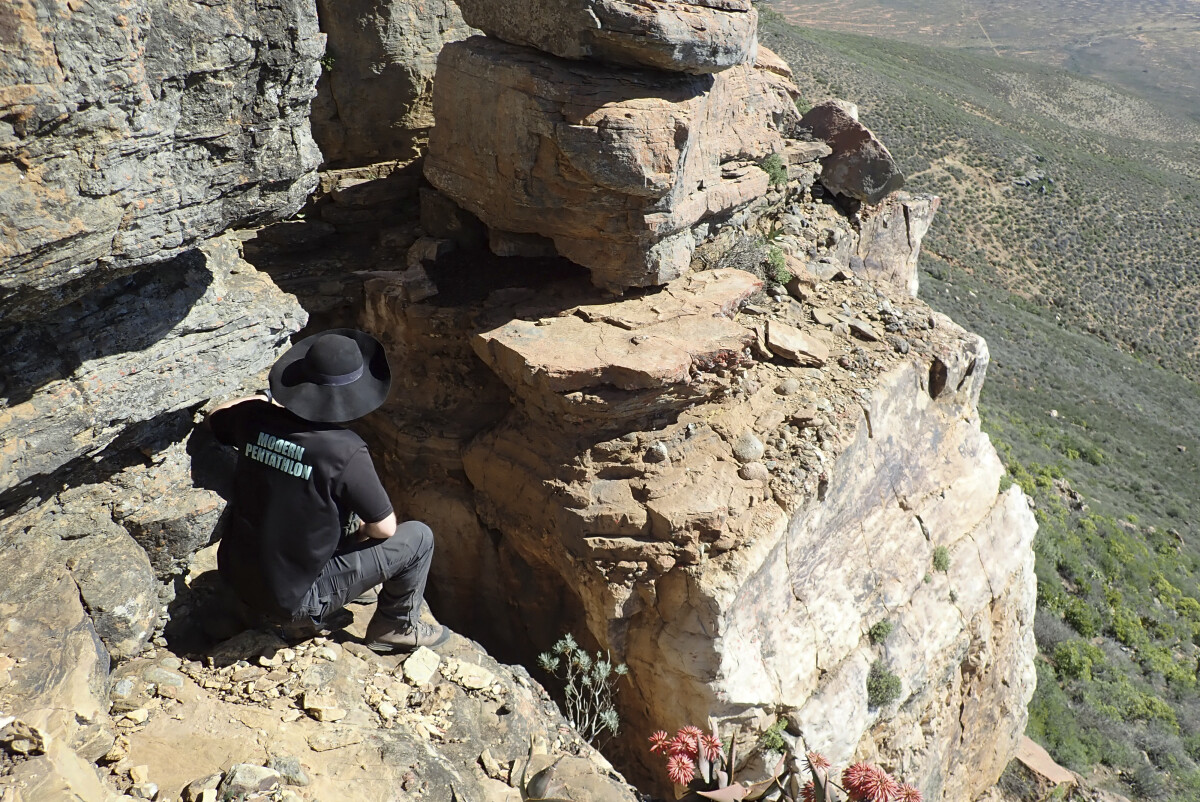 Our project‘s purpose was to reveal an African perspective on one of the most important periods of our planet’s history. Ordovician (c. 485-443 million year old) sedimentary strata in the Cape Basin of South Africa were examined.  The Ordovician and Silurian geological periods (c. 485 – 419 million years ago) comprise a crucial episode in the evolution of the Earth.  During these periods, complex non-marine ecosystems began to establish themselves on the continents, through the successive evolution of land plants and then land-dwelling arthropods. Our understanding of these periods is biased to geological investigations in the northern hemisphere. The earliest records of animals walking on land come from the late Cambrian and Ordovician periods, with footprints known from North America, Europe and Australia.  However, the record from the rest of Gondwana (the vast landmass that made up today’s continents of the Southern Hemisphere) is more uncertain due to a lack of continental deposits from this time, and the comparative lack of studies on African and South American strata.  This project, supported by the Cambridge-Africa ALBORADA Research Fund, aimed to utilize an untapped source of geological information within the Ordovician and Silurian strata of the Table Mountain Group in South Africa’s Western Cape Province.

These strata are significant because they contain a number of early arthropod trackways. These trackways show how early animals crawled around various ancient habitats both in marine and coastal environments as well as glacial environments.  Among these habitats we found evidence for the earliest animal life on land in Africa, in the form of an arthropod trackway crossing a rain-drop mottled riverbed preserved in rocks of Middle Ordovician age. This is the earliest evidence for animals crawling onto land on the African continent. 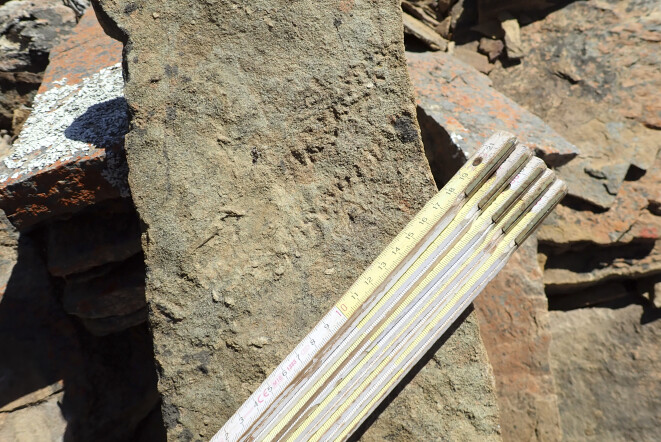 This find was within stone currently used in a paved area around a building and with good provenance for where the stone was quarried on the property.  At another site, we found a highly rare instance of arthropods colonizing glacial habitats  in strata preserving the global Late Ordovician Ice Age – this discovery is of crucial importance to understanding the habitats of ancient arthropods, their ability to colonize ‘hostile’ glacial environments, their evolution, and the impact of major climate change in that time.  The significance of this finding is shown by the fact that it has been published in one of the highest ranked journals in this discipline, Geology. We are now liaising with the building’s owners to try to access this key piece of African geological heritage for the wider community to view and for public engagement within the South African museum system.  Both these findings show the Western Cape to be an area of profound global importance in evolutionary history in this corner of Gondwana.

This research, supported by the Cambridge-Africa ALBORADA Research Fund, has shown the untapped potential for Africa’s contribution to geoheritage and an understanding of deep time evolutionary history. The continent is already known to host globally significant palaeontological resources regarding human evolution and dinosaurs, but our work reveals its potential in many older intervals: time periods traditionally understood only in relation to Europe and America.  The project ran smoothly and encountered no challenges or constraints – in fact, it was so successful that future plans for collaboration are being prepared. In looking for similar outcrops to those of the Western Cape, we have made contact with Prof. David Atta-Peters at the University of Ghana. Once the COVID pandemic permits, we hope to develop a larger pan-African consortium to harness this unexplored but potentially globally significant source of geological information. This will expand the number and diversity of Africa’s already significant geoheritage sites.