Reflections from Sabastine Eugene Arthur on his Cambridge-Africa Scholarship Journey 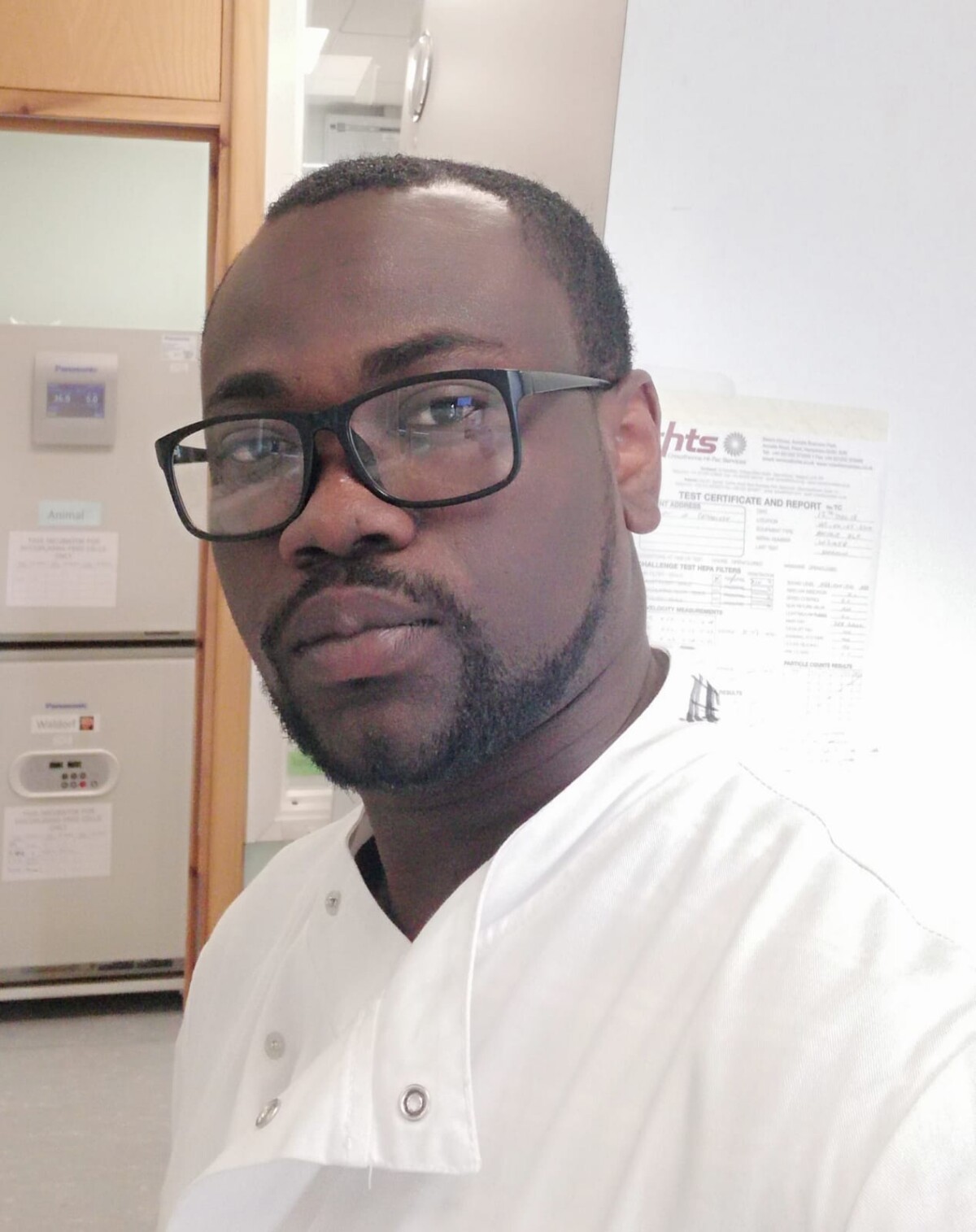 We talked to recent graduate and Cambridge-Africa scholar Dr Sabastine Arthur about his time in Cambridge.

The Cambridge-Africa PhD scholarship was a life changer. It has offered me the opportunity to have a rich academic experience and has prepared me for future opportunities. My career path after my undergraduate education has not been too smooth but relatively decent.

Growing up in Ghana, where cases of malaria, cholera, typhoid fever, and other diseases are always on the increase and leading to excessive mortality rates, my sole aim was to make an impact in the health sector of my country and the world at large.

After graduating from high school, I had planned to enrol in a medical school but due to lack of financial support, this was not possible. I decided to study Molecular Biology and Biotechnology instead with the aim of going into medical research. After I was introduced to this program, I realized that it is an important tool in understanding the impacts of infectious diseases on public health.

I completed a four-year bachelor’s degree in Molecular Biology and Biotechnology at the University of Cape Coast, Ghana in 2011. I graduated with First Class Honours and was among the top 1% in my class. In addition, I was one of six distinguished students identified by my department to serve as Teaching/Research assistants (TA/RAs) for the duration of Ghana’s one-year compulsory national service.

Based on my exceptional academic record and communication skills, I was admitted to the Cell and Molecular Biology Master’s program at the University of Arkansas (UofA). I was given a graduate research assistantship award and was affiliated with the Food Science Department.

At the UofA, I was involved in several challenging research works that were directly applicable to environmental health topics and was able to publish in a couple of scientific and non-scientific journals. Subsequently, in addition to the many awards, including the award for the 2015 Outstanding M.S. Student for the Food Science Department, I was nominated for the Dale Bumpers distinguished MS scholar award at the UofA.

The contribution of the Cambridge-Africa Scholarship

Fast forward to 2016 when I decided to pursue a PhD, I applied to the Pathology PhD program at the University of Cambridge, among others, to study molecular mechanisms involved in human norovirus pathogenesis with Professor Ian Goodfellow. My application was successful. I was awarded the prestigious Cambridge-Africa PhD scholarship as one of the only 5 PhD applicants across Sub-Saharan Africa that year.

Specifically, my research at Cambridge focused on how human proteins regulate human norovirus infections. Results from my research have been published in one of the top peer-reviewed journals in the field and I still have a few more manuscripts in preparation.

In 2017, I attended an academic conference where I presented a poster and interacted with other scientists in my field and beyond. This was made possible with funding from Cambridge-Africa. In 2018, I founded the Vacation Initiative in Science, Africa (VISA), together with a team of researchers in Ghana and Cambridge. VISA is a non-governmental organization that engages school-aged children in rural Ghana in practical science activities, specifically on infectious diseases.

Also, in 2018, I organized the Ghanaian Scholars’ Research Conference in the UK, Science engagement activities in Ghana and the Africans in STEM symposium in Cambridge, UK. These three events occurred successfully with support from Cambridge-Africa and other funding bodies in the UK. The Africans in STEM symposium and the Ghanaian Scholars’ Research Conference, organized together with other African scholars, were platforms where Ghanaian and other African scholars met to discuss research works of Africans in Cambridge and other parts of UK. Specifically, the African in STEM symposium was joined by non-Africans who have research projects of significance to African development. The group, Africans in STEM, has now become an established society in Cambridge which champions the showcasing of Africans who are doing STEM-related research across the UK.

In 2019, partly sponsored by Cambridge-Africa, I attended a conference in Minnesota, US, organized by the American Society for Virology. This conference brought together virologists from all over the world. Given that the conference was important for establishing a network among virologists, I interacted with Africans colleagues who attended the event. During these interactions, I initiated the idea of forming an African Virology Network to bring together all virologist of African descent to push the frontiers of virology in Africa. Our first meeting, fully sponsored by Cambridge-Africa, was scheduled for March 2020, but was hampered by the Covid-19 pandemic. It has been rescheduled to the near future.

Outside of academic-related activities, in Cambridge, I was involved in the activities of the Cambridge University Ghanaian Society (CUGS) – the umbrella body of Ghanaian students in the University. I supported the CUGS in many ways, including serving as its president in 2017-2018 academic year. I also joined the music team at the Cambridge Seventh-day Adventist Church. I often travelled to London on weekends to fellowship with the South-East Seventh-day Adventist Church among others and to lead in solo music performances. To my mind, my most exciting times were those Sunday mornings spent with the members of the Cambridge community to play football. It must also be mentioned that, during my first year, I played for the Downing College football team in the inter-college football league.

I completed my laboratory work around September 2019, but writing the dissertation lingered for a while, making it impossible for me to graduate in the same year. Additionally, the COVID-19 pandemic presented an unprecedented challenge. Due to the outbreak of the virus and its attending closure of international borders, I got stuck in Ghana. In these unsettling times, Cambridge-Africa was my main source of financial support.

In October of 2020, I successfully defended my PhD thesis and returned to Ghana. Currently, I am working as a research associate at the West Africa Centre for Cell Biology of Infectious Pathogens (WACCBIP) of the University of Ghana, Legon. At WACCBIP, my collaborative research with Professor Osbourne Quaye focuses on the establishment of a cell culture system for the propagation of certain field strains of rotavirus. This study is fully funded by the Cambridge-Africa ALBORADA Research Fund.

In January 2021, I will be starting a postdoctoral position at the University of North Carolina, Chapel Hill in the US to work on the discovery of therapeutics for SARS CoV-2 and defining corresponding mechanisms of action. This position will be under the direct supervision of Professor Craig Cameron and Dr. Jamie Jon Arnold.

In sum, the Cambridge-Africa PhD scholarship made my dream of studying in a top-notch university a reality. With the preparation Cambridge has given me, I am motivated to use my skills to contribute to the development of Ghana and the world.

Cambridge-Africa Scholarships are supported by the Cambridge Trust and the University of Cambridge, learn more here