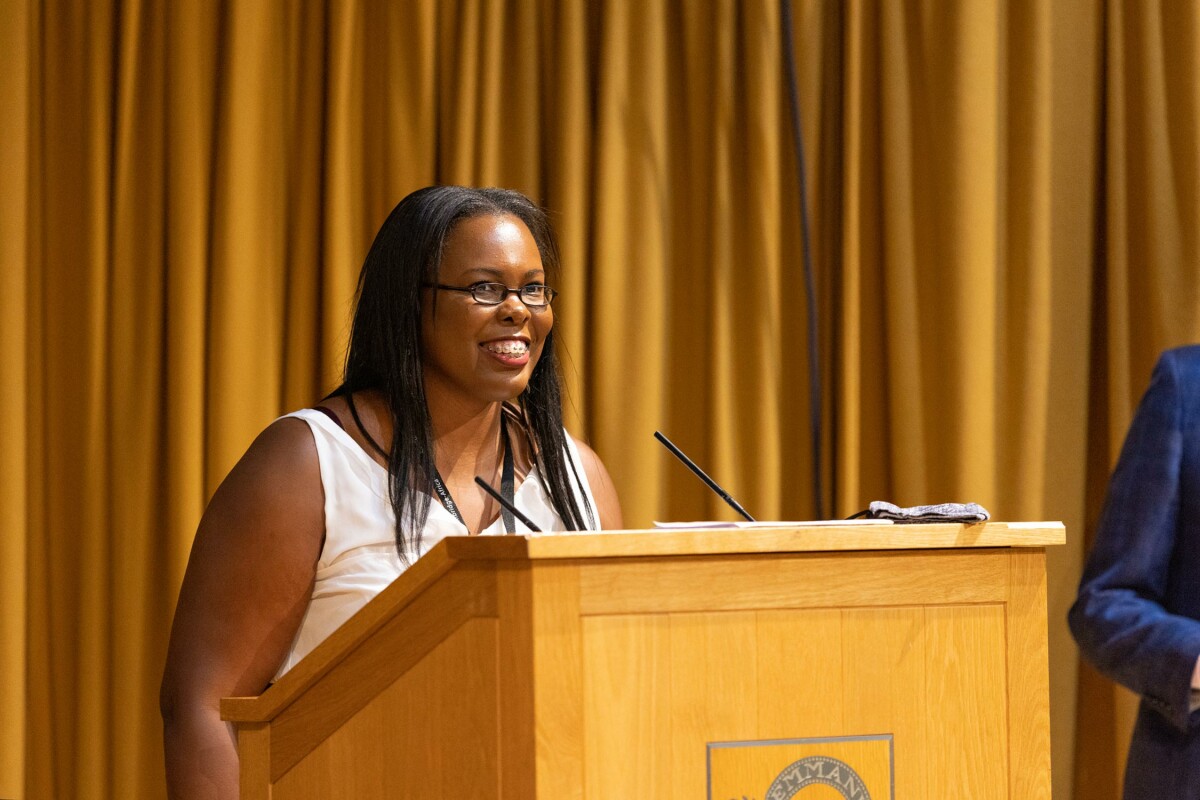 I am a final-year Ph.D. student at the Department of Veterinary Medicine. I am also a Gates Cambridge Scholar, Trinity Henry Barlow Honorary Scholar, Commonwealth Scholar, and a recipient of the 2019 Dudley Stump Memorial Award from the Royal Geographical Society. For my Ph.D., I have been working on the application of machine learning to model the epidemiology of anthrax risk across both Uganda and Kenya. Recent studies estimate that 1.1 billion livestock live in anthrax risk areas globally.  Anthrax is also estimated to cause about 20,000 to 100,000 human infections every year across the world. I investigated the geographical distribution and determinants of anthrax risk across Uganda and Kenya.

Many parts of Uganda including Queen Elizabeth Protected Area (QEPA) and other districts in the Western, Northern, and Eastern regions have had several large-scale, sporadic anthrax outbreaks in the past and recently. The last major outbreak that occurred in Uganda in 2018 killed over 1000 cows, mostly from the Northern and Eastern districts.  Anthrax has been classified as a zoonotic disease of high priority in Uganda alongside plague, rabies, brucellosis, trypanosomiasis, and viral haemorrhagic fevers. Anthrax disease can be transmitted to humans when they touch, eat, or inhale the bacteria from infected animal products.  The disease can be prevented via the vaccination of livestock. However, currently, the rates of livestock vaccination in most parts of Sub-Saharan Africa have been estimated to be less than 10%, with most farmers only vaccinating their livestock as a reaction to an outbreak. These irregular vaccination efforts have contributed to the persistence of anthrax outbreaks.

Uganda currently has no policy on routine livestock anthrax vaccination. The disease is still considered a “private good,” thus, it remains the farmers’ responsibility to buy prophylactic antibiotics and vaccines privately for their livestock, often during ongoing anthrax disease outbreaks. As part of my Ph.D., I designed a national anthrax risk map of anthrax showing the distribution of high-risk areas across Uganda. I faced many challenges due to the restrictions and lockdowns brought about by the COVID-19 pandemic. Thus, I did the bulk of my fieldwork towards the end of my third year. However, due to the immense support I received from my supervisor, department, and college, I managed to collect all the data that I needed, completed my analysis and write-up, and submitted my thesis three months ahead of time.

My maps suggested that many areas of Northern Uganda were at severe risk of anthrax. I followed this up with a survey that revealed that there was a serious knowledge gap on anthrax disease among livestock farmers in those regions. Burdened by the alarming incidence of anthrax outbreaks in Northern Uganda, I decided to do something about it. I applied for and was selected as one of the recipients of the 2021 Public Engagement Award from the University of Cambridge. I used the Public Engagement Starter Fund to conduct a 2-day community-based project in Northern Uganda.

The public engagement project involved an awareness creation workshop followed by a vaccination program in Arua District and Kwili village in Northern Uganda. On Day 1, I held an awareness creation workshop for livestock farmers to sensitize them on anthrax transmission, effects, prevention, and control. The workshop was attended by 30 livestock farming households, village chiefs, refugee representatives, animal health workers, local government representatives, and the local press. Baseline and follow-up surveys showed an improvement in the knowledge about the availability of an anthrax vaccine (from 57% to 93%), required frequency of vaccination (13% to 63%), cost of the vaccine (13% to 73%), and where to access the anthrax vaccine (37% to 93%).

On Day 2 of the project, I developed the first-ever farmer-led vaccination program in Northern Uganda involving the establishment of a collaboration between farmers to implement a joint livestock vaccination campaign in Kwili village. Farmers formed groups and decided on a suitable location for the mass vaccination of their livestock. To encourage wider participation, I mobilized additional funds and offered a 50 percent subsidy for the cost of vaccinating the first 300 livestock. It costs $1 to vaccinate an animal. So, the program paid $0.50 on the dollar for each animal. In total, about 75 farmers enrolled in the joint vaccination program and over 300 animals were vaccinated. The vaccination initiative has promoted regular vaccination across the region by increasing the awareness and accessibility of anthrax vaccines.

My project has been showcased by the Gates Cambridge Trust and the University of Cambridge as part of the 2022 Cambridge Festival across various social media platforms (https://www.youtube.com/watch?v=AHAlnmy2dYs). Following the successful public engagement work, I created a YouTube page for the project and shared it with the local media stations in Uganda and national government representatives to promote anthrax awareness on a larger scale (https://www.youtube.com/watch?v=_6pGl0mW5qs). I also created a non-profit organization focused on tackling zoonotic diseases such as anthrax (https://epidemiologistswithoutborders.org/). I plan to officially register the organization to apply for more funds to expand the anthrax vaccination-subsidy program. I also opened a crowdsourcing platform (https://www.gofundme.com/f/1-for-2-cows-anthrax-vaccination-campaign) to raise funds to vaccinate more animals and to purchase a refrigerator to store essential livestock vaccines closer to the village.

This year, I received two very prestigious awards in recognition of these efforts. The first one was the ‘Abcam Research Prize – 2022’, awarded to an outstanding Ph.D. student at the Department of Veterinary Medicine each year. The second was the ‘Dr. Amit Bhasin Prize* – 2022, awarded to an outstanding African Ph.D. student each year in memory of Dr. Amit Bhasin who was the former Program Manager for the Cambridge Africa Program and a huge supporter of African Ph.D. students at Cambridge. I am very grateful to my department and the Cambridge Africa Program for their recognition and support. Both awards will help to further support the vaccination campaign that I started in Northern Uganda.

Aside from academia, I am passionate about mentorship. In 2020, I was selected by The Brilliant Club UK to work as a Ph.D. tutor and mentor for A-level students from underrepresented backgrounds at Queen Katherine Academy in Peterborough. During this time, I designed a new course titled “Infectious disease prevention and control using mapping” which was based on my research but tailored to A-level students. The course was purchased by The Brilliant Club and is now available for re-use in future classes. I am also the Founder and Director of the STEMing Africa Initiative (https://stemingafricainitiative.wordpress.com/ ), an award-winning program that has supported over 30 young African female graduates in science fields to secure admissions and full scholarships (with a combined worth over £450,000) at prestigious universities worldwide.

In summary, I would like to mention that my country (Kenya), and Africa as a whole, have come a long way due to the efforts of very many committed individuals who strive each day to improve the lives of their fellow human beings. I am just happy to contribute in a small way. In quelling a fire, each bucket counts. 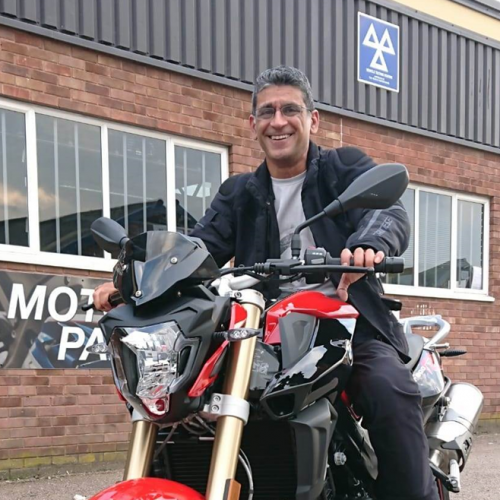 * Dr Amit Bhasin was the Programme Manager of Cambridge - Africa and a hugely popular colleague and mentor within the University of Cambridge and beyond. His colleagues and friends have raised funds to award an annual prize to an outstanding African student in his honour.