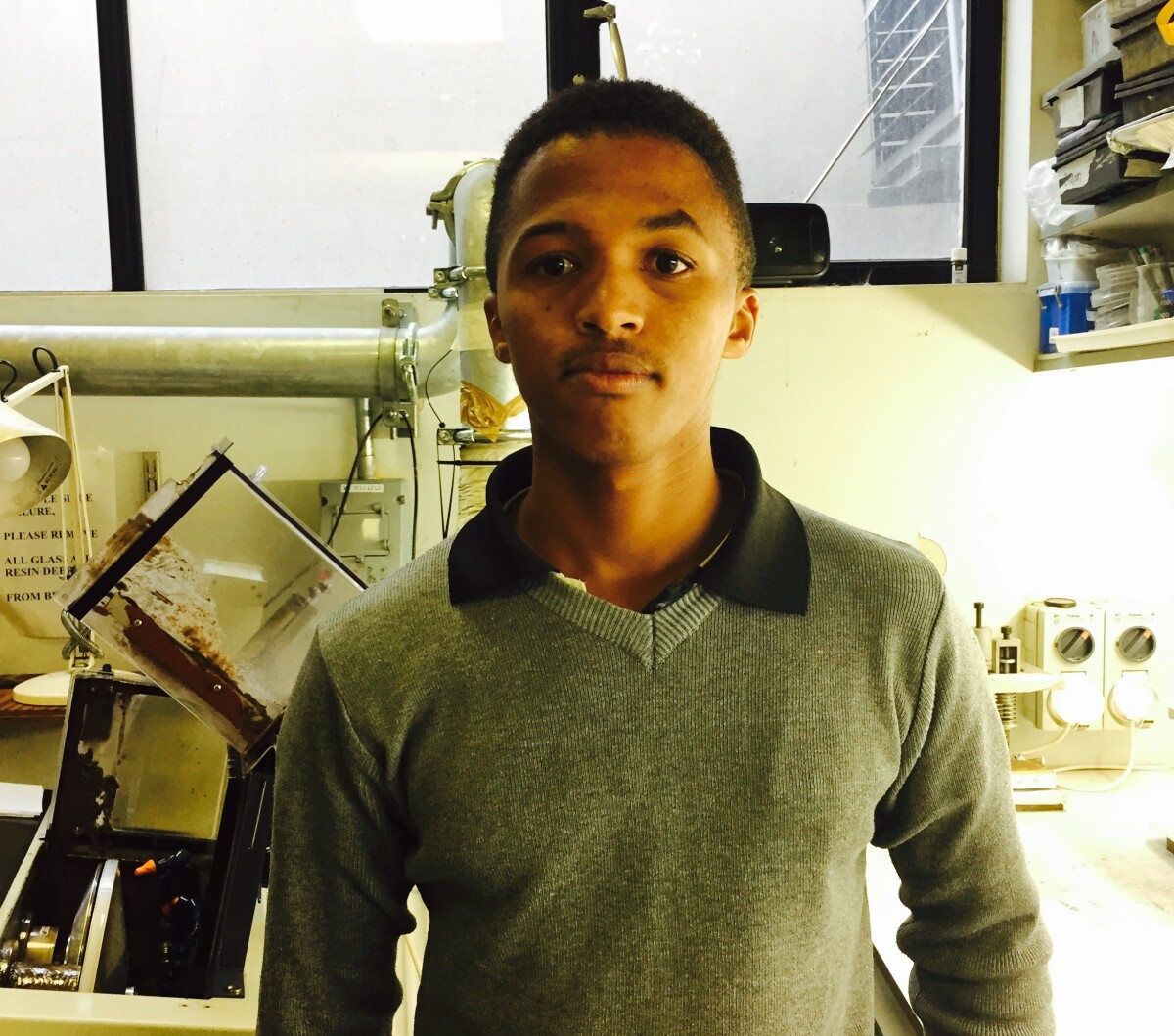 I was born in Kwa-Nongoma, in the north-eastern rural parts of Zululand, KwaZulu-Natal, South Africa. I was raised in the village of eMatshamhlophe and eNgundwane for the first six years of my childhood. In 1995 (post-Apartheid), my family relocated to our grandfather’s house in Durban, Umlazi township on the east coast of KwaZulu-Natal. The second half of my childhood and teenage years (most memorable) would be spent in the township of Umlazi, U section. In 2007, I matriculated (GCSE – in the UK) from Isipingo Secondary school and, thereafter, took a gap year during which I did piecework (making bricks).  In 2009, I moved to Johannesburg for my undergraduate degree in Geography (Geographic Information Systems [GIS]) at the University of Witwatersrand. It was at Wits that I was first exposed to African archaeology. I became increasingly interested in the application of predictive modelling (using GIS and remote sensing) to understand the human past; for which I pursued postgraduate studies (Honours and Masters) at the University of Pretoria. In 2016, I received a conditional offer to do a PhD in Archaeology at Cambridge University.

I have tons of memorable experiences in Cambridge. I can only share a couple. Arriving in Cambridge, trekking from Parkside bus station to Magdalene College, I was captivated by the impressive architecture, narrow cobbled streets and the clinking sounds of bicycles. During the matriculation ceremony, I met the Master of the College, Dr Rowan Williams (The Lord Williams of Oystermouth). That was the beginning of our discussions about the history of Magdalene College, my research and his role in the fight against apartheid and southern African politics. The same day, I also met one of my best-friends, Mr Bongani Dladla, who is now Director Advisory Group at Royal HaskoningDHV, South Africa. One thing that stood out for me during my time in Cambridge was the inquisitorial nature of Cambridge scholars and their genuine passion to learning about a variety of subjects, regardless of their respective disciplines.

In 2018/19, I was nominated for a BYE fellowship at Magdalene College, Cambridge University. The selection process involved a presentation about applicants’ PhD research. This was an eight-minute long two-slide PowerPoint presentation, by far my most challenging presentation experience. To cut the long story short, I was elected as Bye-Fellow and a member of the Senior Combination Room, including other privileges in College. With this award, I was able to receive advice from very distinguished senior fellows in Magdalene College, dining with Sir John Gurdon (Nobel Laureate in Physiology), and even received an invitation to the Queen's Garden Party at the Buckingham Palace.

As such, the bulk of my memorable moments and events were made in college. Even today, attending college formal dinners (with a tradition of wearing academic gowns) feels like assuming responsibilities of a role in J. K. Rowling’s novels. I also recall my first attempt at punting. I spent 20 minutes spinning in circles until I figured how to manoeuvre the boat along the beautiful and scenic River Cam. All of these memories and experiences have been influential to my academic success.

First and foremost, the PhD research would not have been possible without the Cambridge-Africa scholarship. Getting funding for postgraduate study is not always a straightforward process. I was first offered an admission to Cambridge in 2015, without any funding. I recall my family attempted to put up our house as collateral for a loan to cover the first year abroad, but the loan would not have been enough. In fact, by the end of 2015, I was forced to withdraw my offer from Cambridge because I could not secure funding. After one unsuccessful attempt to secure funding and cancellation of the PhD offer, I was selected for the Cambridge-Africa Scholarship in the year 2016/17. This award covered the full tuition fees, maintenance allowance (living cost) and air flight contributions to Cambridge University.

With the support of Cambridge-Africa, I was able to concentrate on my PhD research without fretting about finances. My research in Cambridge focused on developing advanced morphometric hydrological models to examine the evolution of southern Africa’s earliest state-society: Mapungubwe (AD 1200–1300) in the Shashe-Limpopo basin, South Africa. To this end, this work combines geoarchaeological field surveys; laboratory analyses (geochemistry and micromorphology); study of historical records and modern climatic data; predictive modelling using Geographic Information Systems, Remote Sensing and Hydraulic Engineering Center River Analysis System tools. This research contributes to current debates on climate-related changes (e.g. floods), developing feasible policies for coping with health risk, vulnerability and adaptation in southern African valley systems. I am pleased to say that, thanks to the support of the Cambridge-Africa scholarship, my PhD research has been successfully completed. I passed my PhD viva subject to minor corrections.

The Cambridge-Africa scholarship has opened the doors and prospects to a brighter future. As one of the first black South African students to conduct a PhD research focusing in geoarchaeology, it is a huge milestone for South Africa and beyond, where we are still grappling with decolonisation and surging calls for representation of non-European thinkers in the curriculum. Ultimately, I want to pursue a career in Archaeology. I would like to set up a school of geoarchaeology in South Africa and  to build a research laboratory that will focus on soil micromorphology, palaeo-climatic proxies and predictive modelling as tools to examine the deep history of the origin and evolution of early urban state systems across Africa.

I would like to express my deep sense of gratitude to everyone and institutions that have supported my research and have collaborated with me over the past three years. Finally, I want to express special thanks to my family, especially, inspirations from my late Grandfather George Nxumalo, praised as “Ngodlozi mkhono unodaka vutha kobhayela, mthwalo kanondindwa awungeni ekhaya, sdindi sihluma kanye ngonyaka – Bhayilengani uDezane”.

Trust in the process, believe and believe!

Cambridge-Africa Scholarships are supported by the Cambridge Trust and the University of Cambridge, learn more here