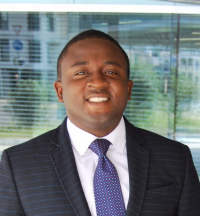 Damilola Adebayo, from Iwo, Nigeria, took his BA in History at the University of Ibadan where he was a Grace Leadership Foundation Scholar, and was General Secretary of the Union of Campus Journalists. He received his master’s degree after studying at the Graduate Institute, Geneva, Switzerland as a Hans Wilsdorf Foundation Scholar. He was also president of the African students’ group. In this role, he led a team that, among others, coordinated the first ever student-organised panel on youth empowerment and economic development in Africa which attracted some very distinguished Africans working in International Geneva.

In Autumn 2014, Damilola was part of a team that pioneered innovative agricultural solutions for empowering women living in slums in Nakuru, Kenya through his work with Just Innovate, an NGO based in Geneva. He later joined the team at Just Innovate on a voluntary basis to oversee a group of 45 students and young professionals working on solving a number of social innovation challenges across the world. In 2016, he was a staff of the International Labour Organisation’s Department of Communications; he was in the Archives section where he was assigned to work on Lusaka, Dar es Salaam and Cairo records. Prior to this position, he worked for the Government of Oyo State Nigeria, as a youth corps member. There, he coordinated educational and medical outreaches to 15 rural communities under the auspices of the Nigeria Christian Corpers Fellowship. Damilola has also won other prestigious awards and grants. Most recently, he was a recipient of a research grant from The History Project, a scheme managed by the Joint Centre for History and Economics at Harvard University and the University of Cambridge.

As a Cambridge Africa Scholar, Damilola is investigating the influence of indigenous business associations on economic policy-making in colonial and post-colonial Nigeria.

Damilola completed his PhD in 2020 - read his blog here 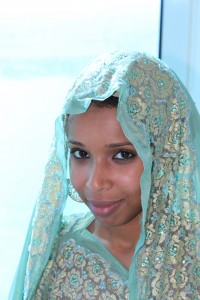 Centre for Gender Studies, Department of Politics and International Studies

My doctoral research examines the theoretical and practical implications of the continued struggles for citizenship in the aftermath of civil war. I am especially interested in peace talks, a site of contestation of postwar citizenship and diverging ideas about nation and political community. My work takes a feminist approach to making sense of the politics of group claims-making, and why it might take on urgency and relevance in the aftermath of internal armed conflict. What becomes of the individual rights and duties? Is it possible to reconcile group-based citizenship with the broader objectives of state and nation building projects in post-conflict societies? My fieldwork will take me to Djibouti, Ethiopia and Kenya, where I will interview “local” participants in the Somali peace process, with a particular focus on Somali women.

Previously, I conducted research in Somalia exploring institutional responses to forced displacement and women's activism. I have a MSc in Refugees and Forced Migration Studies from the University of Oxford, MA in Global Gender Studies and a BA in Political Science both from the State University of New York at Buffalo in the United States. In 2012 and 2013, I worked with the United Nations High Commission for Refugees (UNHCR) in Yemen and Algeria. 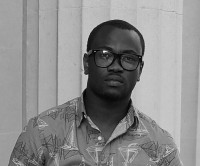 In 2011, Sabastine, a Ghanaian native, graduated with a first class honours degree in Molecular Biology and Biotechnology (BSc) from the University of Cape Coast, Ghana (CASFORD Hall). He was among the top 1% of his class. Sabastine was then awarded a Graduate Assistantship position at the University of Arkansas (US) in 2013 to pursue a Master’s degree in Cell and Molecular Biology. There, his cutting-edge research, under the supervision of Dr. Kristen Gibson, was focused on evaluating the persistence of human norovirus in the environment, using Tulane virus as a surrogate. Sabastine’s work was well recognised and garnered awards at various academic conferences. He earned the 2015 award for Outstanding Master’s student at the Food Science Department and was nominated for the 2015 Dale Bumpers distinguished MS scholar award at the University of Arkansas. These recognitions caught the attention of the university authorities and an article was soon published about him and his research (see press release at http://newswire.uark.edu/articles/26546). Sabastine continued with his research and is currently pursuing a doctoral degree as a Cambridge-Africa Scholar at the Department of Pathology, University of Cambridge.

Research Interest: Human norovirus (HuNoV) has emerged as the leading cause of acute viral gastroenteritis worldwide. Despite this, our understanding of HuNoV biology and its host-cell interactions have been limited due to the lack of robust and efficient cell culture system. This has become an obstacle to the development of therapeutics for noroviruses. Sabastine is using two recently developed experimental systems, namely a HuNoV replicon system and human intestinal organoids to identify and characterise cellular pathways involved in the norovirus life cycle. The overarching aim is to identify cellular pathways that may be targets for therapeutic intervention. Outside academicia, Sabastine enjoys playing and watching football games and has a passion for singing and playing guitar. His long-term goal is to establish his own laboratory, which will be dedicated to studying complex human viral pathogens.

Sabastine completed his PhD in 2020 - read his blog here 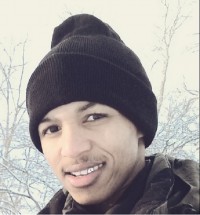 Department of Archaeology and Anthropology

I was born and raised in KwaZulu-Natal (Nongoma), South Africa, a region known for its natural beauty and the history of Zulu people. I moved to Johannesburg to conduct a BA in GIS and Geography and, there, I was first exposed to African archaeology. I became increasingly interested in the application of geographical/GIS skills to understand the human past; for which I pursued postgraduate studies at the University of Pretoria. The nature of these study courses involved a great deal of independent research, self-motivation and the development of a wide range of skills. In 2012, for example, I presented my research on Zulu traditional pottery-making at an international conference in Botswana. The following year, I was awarded a studentship for a 6 month-study visit to Uppsala University to acquire training in archaeological sciences (advanced morphometric analyses, GIS modeling, analyses of soil and plant macrofossils). While completing my MPhil thesis in Pretoria, I also contributed to geoarchaeology lectures practicals for undergraduate students and guest lectures in the University of Witwatersrand. Furthermore, I am proud to have received the Hanisch prize (Transvaal Archaeological Society of Southern Africa) and a Golden Key (South African environmental observation graduate network).

My PhD research is aimed at developing geoarchaeological, climate science and predictive modeling that will contribute to our understanding of the various components involved in the origin and evolution of the complex societies in Africa. Ultimately, the research will contribute to climate-related changes (e.g. floods), and on developing feasible policies for coping with health risk, vulnerability and adaptation in South Africa. I am very pleased to have been accepted for a PhD degree at Cambridge University, and to be awarded the Cambridge Africa Scholarship. In closing “teach me a word, I will follow the syllables, show me a sentence, I will utter logic. Great minds ephiphinize purpose”.

PhD Research Project: The role of hydrological changes in the demise of Iron Age state societies in Southern Africa: An integrative study of Mapungubwe, South Africa.

Update: Menzi completed his PhD in 2020. Read about it here 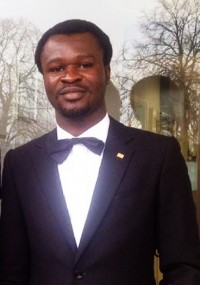 Richmond is from Ghana and he is currently pursuing a doctoral degree at the Department of Land Economy in Cambridge. He obtained his bachelor’s degree from the Kwame Nkrumah University of Science and Technology (KNUST) graduating with a First-Class Honours. He was subsequently retained as a Teaching and Researching Assistant in his department for the 2012/13 National Service period, where he offered tutorials for undergraduate students and provided research support for lecturers and other student groups.

In 2013, he was awarded the Cambridge Commonwealth Shared Scholarship to study an MPhil in Planning, Growth and Regeneration at the University of Cambridge. After his MPhil programme, Richmond joined the Cambridge Centre for Housing and Planning Research (CCHPR) for a four-week internship and took part in providing research support for a Housing Project Commissioned by the Lloyds Banking Group.

After his MPhil, Richmond worked as a real estate consultant with the Property and Planning Institute of Technology (PPIT) Ghana. He also gained a three-week summer internship research position with Ernst Valery investment firm in Baltimore, Maryland. Upon returning home, he got appointed as a Head Teacher in a Private School in Accra and doubled as a Research Associate at Oxford Research Group-Ghana, where he helped organise the first National Philanthropy Forum (NPF) and co-authored the first National Philanthropy Report. He also gained brief work experience as an Estate Manager for a reputable Real Estate Company in Accra before returning to the UK for his doctoral research.

Currently in Cambridge, Richmond is pursuing a PhD at the Department of Land Economy and is investigating how institutional rules, norms and practices underpinning urban planning and landownership in Ghana mediate participants’ interactions in the development of gated communities in Accra. Richmond is looking forward to using the knowledge and expertise from his doctoral research to help planning policy makers, land holding groups and allied urban stakeholders chart a course that precipitates sound policy formulation and best practices for Ghana’s real estate market.

Richmond treasures intellectual discussions, enjoys biking and has a eye for good documentaries.

Update: Richmond completed his PhD in 2019; read his story here